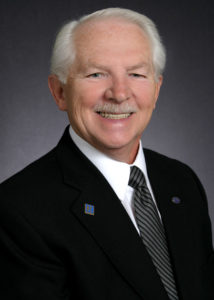 Jack William Proctor was born June 16, 1931 to Stephanie (Von Szymerowski) and Jack Phillips in Detroit, Michigan. His mother later remarried Roy Proctor, and Jack took his last name. Jack graduated from St. Anthony High in 1949 where he majored in business and was a star football player.

Jack was a hard worker his entire life and held many positions in various fields. While in high school, he worked as a delivery boy for Palmer-Field Super Market, and later worked in the car service department of Sears, Roebuck Company. After graduating from high school, he worked for the Chrysler Corporation and in 1952, Jack joined the U.S. Army where he honorably served our country during the Korean War for three years. He then returned to the Chrysler Corporation where he worked in various positions for 2 ½ years. He worked the majority of his career with General Electric from 1956 to 1988.

Never one to sit idle, Jack held a variety of positions after retiring from G.E. He obtained his real estate license in Virginia in 1977, was a registered baseball umpire from 1977-1986, coached his sons John and Tommy in football and baseball, sold insurance, was a limousine chauffeur, and his favorite position of all was driving a school bus where the kids affectionally referred to him as Papa Jack!

Jack was a die-hard Republican and loved his country. He volunteered for many organizations and events throughout his life, and completed the Virginia Beach Citizens Police Academy. He loved sports and remained a Detroit Lions, Redwings, and Tigers fan throughout the years. His favorite college teams were Duke for basketball, and Michigan for football. He enjoyed talking sports with his kids and grandkids, and often made wagers for fun. Jack also loved music, especially the Big Bands and jazz. Never one to miss out on a good time, he even attended a Jimmy Buffet concert and joined right in on all of the typical tailgate activities known to Parrotheads!

Being from Detroit, the Motor City, Jack had an affinity for cars. He could tell the type of car just by listening to the engine, and he liked Fords best. After his retirement, he bought a “kit car” and built the entire car from scratch, later calling it the Marlena. It was a labor of love for him.

Jack loved his family above all else. He had four children while married to Mary Lou (Cronin) – Cheryl, John, Sheila and Tommy. He later married Joan Lutz. Jack adored his children as well as his grandchildren – Ricky, John, Josh, Michael and Joan, and his great grandchildren – John, Emma, Christian, Maddie and Maverick. He was very active in all of their lives, and attended almost every one of their sporting events.

Jack was always the optimist and had an infectious smile. He was a saint here on earth and will no doubt be our guardian angel now that he is in Heaven. Everyone loved “Papa Jack.” He was truly the kindest person and someone we all aspire to be. All services are private.