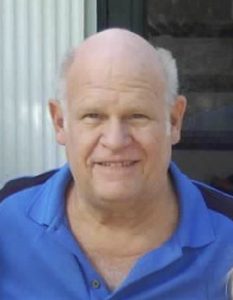 Lacey C. Sharp, Jr passed away peacefully on Thursday, October 6, 2022 in Virginia Beach, Virginia. A devoted father and grandfather and also friend to so many, Rusty shared his warmth and smiles with all he knew from Shore Drive all the way up to the DC Beltway.

Lacey Clinton Sharp, Jr. was born in Bexar, Texas on February 22, 1944 to Lacey Clinton Sharp, Sr. (Centreville, TX) and Ruth Frances Fiskum (Outlook, MT). Mr. Sharp, Sr. came to Washington in 1937 to be congressional secretary to the late Rep Albert Thomas (D-Tex). From 1944-1961, he was a member of the staff of the former Rep W.R Poage (D-Tex). During these years Mr. Sharp, Sr. met and married (1941) the beautiful Ruth Frances Fiskum who served in the Business Office at The Episcopal School in Alexandria, Va. Three years after married they welcomed their only child. Quickly called “Rusty”, Rusty grew up in idyllic Alexandria, Virginia.

Rusty attended and graduated from Saint Stephens School in Alexandria in 1962 and then attended and graduated from The College of William and Mary in 1966 with a degree in Political Science. While he attended for a semester at the Law School of Baylor University, law school was not for him. In 1969, at the age of 25, he met and married Andrea Hayes and in September of 1969, Andrew and Rusty welcomed their only child Kevin Douglas Sharp. While their marriage only lasted a brief time, Rusty’s support of Andrea, and his love for Kevin, were never ending. Andrea and Kevin spent Kevin’s younger years in Colorado, and Rusty started his successful sales career in the DC area. When Kevin was about 6, he moved in with Rusty; the two of them started making memories that would last a lifetime. Rusty never remarried. Instead, he enjoyed his single life and loved being father to Kevin. Friends and family alike would visit their home on Timberbranch Parkway to enjoy a game and a laugh. Rusty made the career switch from sales to stock broker — and his warm and engaging personality made him an incredibly successful one. But no matter what his job was, he was always a father and best friend first to Kevin.

After Andrea’s passing in 1998, Kevin and Kathleen moved to Norfolk, VA. For about 10 years, “Pa” (as he was affectionately called by his grandchildren) would make trips to see Kevin and his family in Norfolk, Virginia. In 2008, Pa moved to Norfolk just in time for the birth of his third grandchild, Kelly. For the next 14 years, Pa rejoiced in being a grandfather. When Nolan would forget his trumpet at home, Pa would get it for him. When Colin needed some help paying for club lacrosse, Pa would help him. When Kelly was especially hungry, Pa would help her with a quick trip to Tropical Smoothie. While his final years were spent fighting cancer, he always perked up when Colin, Nolan and Kelly were around. He loved his grandchildren like no other and was so very proud of what each of them is destined to become.

Rusty is predeceased by his father and his beloved mother. He is survived by his only son Kevin D. Sharp (Kathleen K. Sharp), and grandchildren Colin Patrick Sharp (21), Nolan Curtis Sharp (17), and Kelly Frances Sharp (13). Rusty only spent 14 years in the Hampton Roads area, yet all who knew him loved him. Alexandria was his home and he missed so many of his lifelong friends, but kept in touch with them through golf and football pools. Anyone who knows Rusty loves Rusty. That goes for family, friends, neighbors and doctors alike. His friendly smile, his witty personality, his warmth and friendship – he is loved by many. He is missed by all.