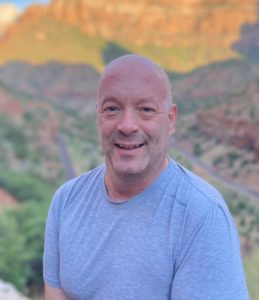 Jeffrey A. Davis, 51, passed away peacefully December 20th, 2021, in the comfort of his home surrounded by his loving family.

Jeff was born on March 2, 1970, to Malcolm and Judith Davis in Little Falls, NY. He graduated from Gloversville High in 1988 and joined the US Navy. Jeff enlisted in the Navy and reported to basic training in August of 1988. He attended and graduated Basic Electronics and Electricity School (BE&E), Sonar Technician “A” school, and several “C” schools at the Fleet Anti-Submarine Warfare Training Center, Pacific, Point Loma. He graduated Basic Enlisted Submarine School in Groton, CT and in June of 1990, he was assigned to his first submarine, the USS Lafayette (SSBN 616), which was assigned to Site 1, Holy Loch, Scotland.  During Desert Storm, the USS Lafayette was involved with several battle groups, to enforce UN sanctions against Iraq, as well as assuring open sea routes, concentrating on the Strait of Hormuz.  Shortly after the Gulf War ended, Chief Davis earned his “Dolphins”, and the crew decommissioned the USS Lafayette at the Puget Sound Naval Shipyard, Bremerton, WA.

In December 1991, he went back to the Fleet Anti-Submarine Warfare Center in San Diego to attend another series of “C” schools, to learn operation and maintenance of a new Sonar Suite.  After graduation in September of 1992, he was assigned to the USS Albuquerque (SSN 706), Groton, CT, where he served as Sonar LPO, completing several deployments to the North Atlantic, and Mediterranean Seas. In June of 1996, he transferred to shore duty as a Navy Security Policeman at the Groton Submarine Base where he then attended and graduated the Security Police Academy at the Lackland Air Force Base, San Antonio, TX.  He rose to the position of watch supervisor during his shore tour. In April of 1999, he reached his EAOS, was Honorably Discharged from the Navy, and became a Police Officer with the Groton Town Police, Groton, CT., where he served for nearly six years.In 1998, he received his Associates in Science (Criminal Justice) from Three Rivers Community College, Norwich, CT.  In 2006, he graduated from the University of Connecticut with a bachelor’s degree in General Studies with a concentration in Law and Society.  He was accepted to the University of Connecticut School of Law for the Fall 2013 class and deferred his enrollment due to his deployment with NMCB 28, where he served as the Legal Chief. Service to our country was always important to Jeff. After the attacks of September 11th, 2001, he joined the Navy Reserve, cross-rated to the Legalman rating, and attended and graduated the Naval Justice School in Newport, RI.  As a Legalman, he worked in Legal Assistance at the Regional Legal Service office in Groton, CT, as well as Bahrain. In June of 2008, he was recalled to active duty to support the 1st Marine Expeditionary Force (IMEF), in Fallujah, Iraq, and redeployed in April of 2008.  He was promoted to Chief while deployed with IMEF. Then he served a three-year recall with the Defense Institute of International Legal Studies (DIILS) in the Democratic Republic of the Congo (DRC) where he worked with the US Embassy and the United Nations employing IMET teams (International Military Education and Training) throughout the Congo. He and his teams taught the Congolese Army (FARDC) the Rule of Law, International Humanitarian Law, the Law of Armed Conflict, as well as Combating Gender and Sexual based Violence.  His final tour of duty was from 2013-2014 was in Afghanistan with the Navy Mobile Construction Battalion (NMCB 28). Throughout his military career he received numerous honors: Defense Meritorious Service Medal, Navy and Marine Corps Commendation Medal, Army Commendation Medal, Army Achievement Medal, Good Conduct Medal, Navy Reserve Service Medal with Bronze Star, National Defense Service Medal, Afghanistan Campaign Medal, Iraq Campaign Meal, Gulf War on Terrorism Service Medal, and NATO Medal.

Following his Naval career, he went relocated to Newport News, Virginia worked as a government contractor and 911 Dispatcher. He moved to Virginia Beach in 2020 where he met his future wife, Jennifer Haws and married shortly thereafter. Jeff lived life to the fullest and made every day count. He was Avid runner (finished 6 marathons and countless half marathons), Climbed Mount Kilimanjaro and was a Music lover. He attended well over a hundred live concerts and was often called the “Human Karaoke Machine.” Jeff was member of Courthouse Community United Methodist Church as well as the Virginia Beach Veterans Support Group. Never backing down to a challenge, Jeff would fight the toughest battle yet. He was diagnosed with Glioblastoma Multiform brain cancer in May of 2020. Fought bravely enduring 2 craniotomies, radiation, proton therapy, chemo, and Optune therapies with his beloved wife, Jennifer by his side. Those who knew Jeff would say he had a heart of gold who would do anything for those he loved. Jeff will always be remembered as a loving husband, father, son and friend.

Left to cherish his memory is: his loving wife, Jennifer Elizabeth Haws: sons, Joshua and Jacob Davis; stepchildren: Sianna and Colin Haws; mother, Judith Davis; extended family in New York and numerous friends and loved ones he met along the way.

A celebration of life will be held at 4:00 pm, Thursday, December 30th, 2021at Courthouse Community United Methodist Church. Burial will be at Arlington National Cemetery at a later date.

In lieu of flowers, donations can be made to Glioblastoma Multiforme research at UVA in Jeff’s honor.  at.virginia.edu/supportuvahealth (At this link, select Neuro-Oncology Program Support from the drop-down menu) or checks can be sent to: