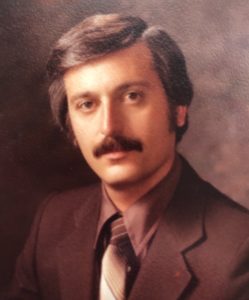 Richard moved from New York to California at the end of the 1960’s where he worked as a Deputy Sheriff. He met his wife, Sharron in California in 1976. He loved wood working, the National’s and doing almost anything that made his wife happy.

He was predeceased by his brother Carl and both his parents.

Richard will always be remembered as a loving husband, father, and friend.